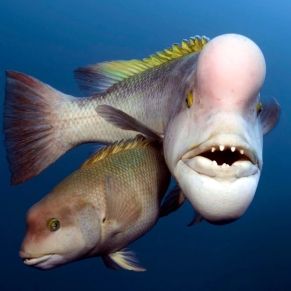 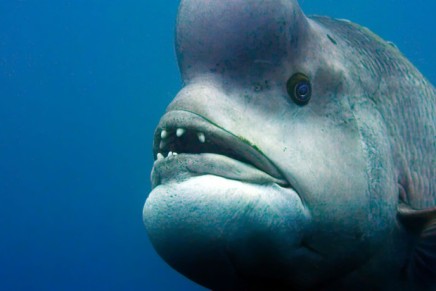 The opening episode in the BBC’s Blue Planet II series was absolutely extraordinary. So much diversity: fish of all colours, some with crowns on their heads. Sea creatures that look totally as if they’d come from a movie about aliens, dolphins and whales that appeared to be friends and a tiny little fish that knew how to use a tool.
There was so much “wow, wow and more wow” it would be hard to pick one. But the male Asian Sheepshead Wrasse was pretty stand out, simply by virtue of the fact that several years after they reach sexual maturity female Asian Sheepshead Wrass fish become capable, in certain conditions, of transforming themselves into the much larger male fish.

Really challenges the binary, dual way we see the world.
But the point of this post is that there was one glaringly obvious question that the programme didn’t answer and I’m wondering if anyone out there knows the answer: are all male Asian Sheepshead Wrasse fish females who have transformed? Or does the species produce any males who are male from birth.

Maybe I wasn’t the only one shouting this glaringly obvious question at the TV screen? Perhaps somebody out there can answer it for me.

Meanwhile if you miss the whole program, do watch it on catch up or here’s a link to an article about how they filmed this section.