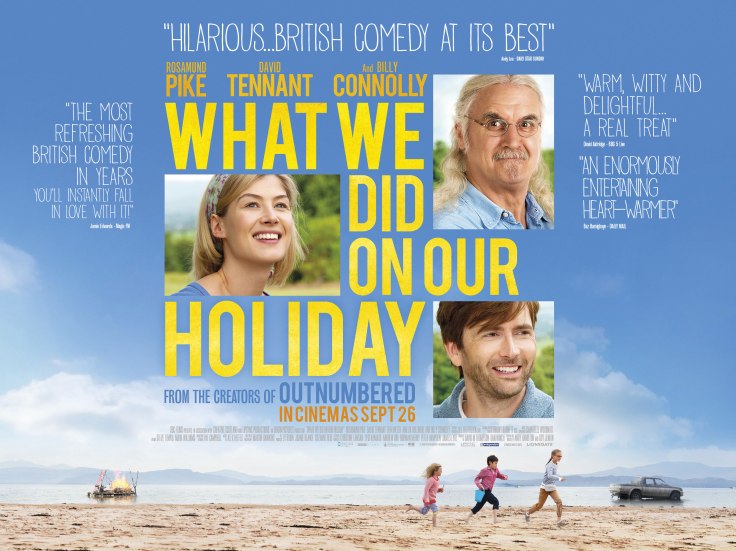 A film review (with no plot spoilers).

A family film or a film about a family? Probably more the latter than the former but absolutely hilarious even though it deals with some very  heavy stuff: adultery, divorce, cancer to name just some of the subjects explored.

But no family on earth is spared some of the ‘heavy stuff’ from time to time. ‘Success’ should not be measured by the absence of such griefs and trials but by the how many of the participants come out the other side of them as reasonable human beings.

The story is largely seen through the eyes of the three children: this is a film from the creators of the TV series Outnumbered. The little girl whose friend is a breeze block called Norman is superb.  Well all three kids are really. And Billy Connolly is Billy Connolly only thinly disguised as a ‘Gordie’ the patriarch of this unruly clan.

I can’t say much more without spoiling the plot. Only to say I roared with laughter. If the film has a message, (and yes, it probably does) it is that every family has ‘fruitcakes’ and if you think you’re not the fruitcake you should remember that everyone else in your family probably thinks you are so and life’s too short to fall out for long, so have a shout and rant and then just get on with it (and them).

Of course this isn’t a message for families where there is real abuse of any kind and for any family in that situation this film might feel a little saccharin and unrealistic but for families with your average range of frustrations, this is a very good film.

(For those who find it helpful to know such stuff: there’s a fair amount of blasphemy and sexual references – see my answer to the first question I posed)

One thought on “‘What we did on our holidays’ – film review”