Yesterday the weather was grim but my spirits were high. Today began the other way round. I was awake most of the night with a dicky tummy from something I ate yesterday. After several trips to the loo I finally got a little sleep between 3 and 4 am but then woke up feeling grim again.

I couldn"t face much breakfast so I left at 8 am feeling fragile but thinking ‘just do what you can’, which turned out to be not alot as there was just nothing in my legs. I walked slowly up hills and barely pedalled down them.

For the first hour I prayed for a puncture, which I felt would be a slightly more honourable end to the adventure than throwing up under a bush or sitting down and crying both of which felt like possibilities.
Thanks to those who started praying when I admitted my predicament on Facebook. I dont know how or where it came from but I did gradually feel a bit better. Then when I met David (who stayed nearby on the route all day) I managed to have a coffee and some malt loaf. Wisely he suggested we move forward by car by 10 miles, thus cutting out two massive hills which together would have been a couple of hours hard cycling.

When he put me down again beyond these hills, hope revived. To be honest 62 miles is a crazy distance in this terrain, cutting it down by 10 made it possible.
In fact it turned out to be a fab days ride, amazing scenery and beautiful sunshine but not too hot.
I know I only made it today through prayer, (jelly babies, adrenaline and David also helped hugely). There is no way I could have done any of Wales with loaded panniers so his company has made it possible.
Thank you also to you for coming along with me for the cross country ride, thank you if you helped power me and protect me by prayer. I have had some hairy moments and lots of unexpected challenges. But I feel incredibly grateful to have completed it safely.

My biggest worry had been my left ankle: and it’s hasnt behaved this well for about 3 years! I didnt expect the monster mozzies, or the 2 am "Is this a heart attack?" moment (it wasn’t – I’d just eaten too much cheese!! But in a sleepy muddle I’d briefly wondered about paramedics. Silly billy).

It’s been a journey of faith, most of the things I worried over didnt happen. And I found ways round the things that did.
Amy Grant’s album ‘How mercy looks from here’ got me through grim bits and also made me cry, I recommend it especially the song, ‘its better not to know’ which I applied to hills and their duration.

Anyway, enough now. I’ll do one more post of geeky recommendations for people who might like to do the ride. But, for now ‘enough’ about the bike!’ 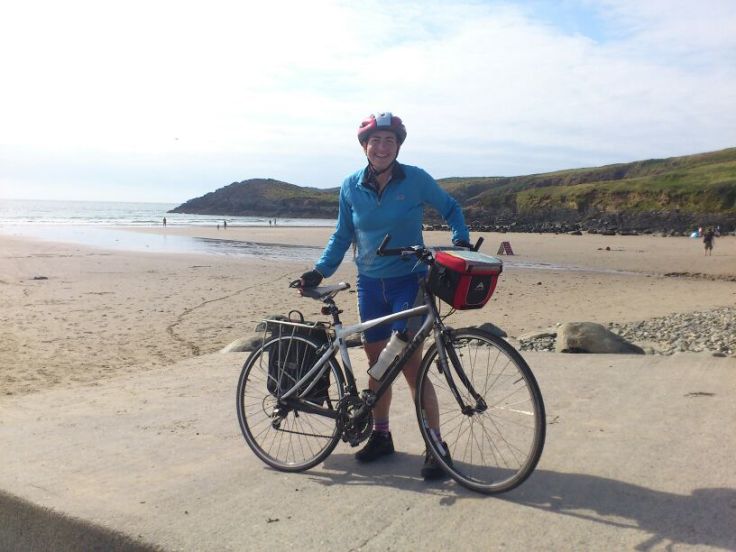