My mother has given me a vest.

I am well past the age for maternal guidance on my underwear, but this is no ordinary vest.

This vest is a memory.

It is the embodiment of moment in time that Mum wants to be remembered, which is why, even given that it is completely useless, she has kept it for nearly quarter of a century.

She can’t bear to throw it away – so she’s given it to me. 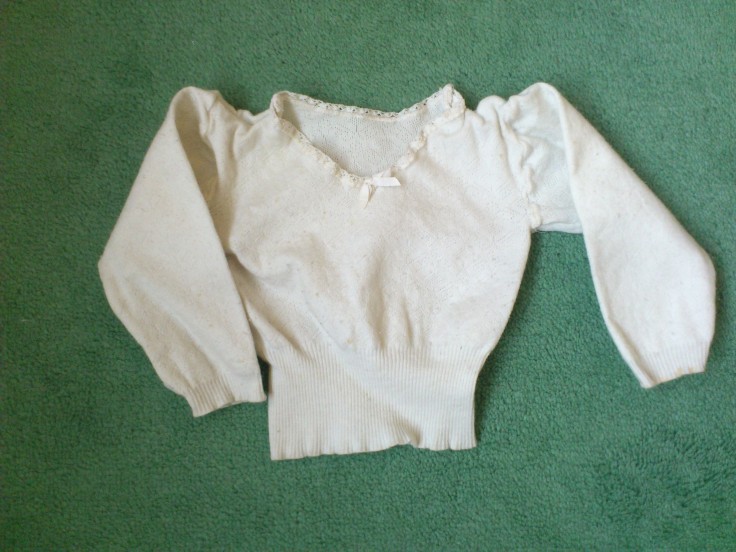 And it didn’t come by itself.

It came with a hand-written note telling me ‘the story of the vest‘. In December 1987 just before Christmas my father, aged 58, had a massive heart attack from which he never recovered consciousness. He died on December 27th.  In those early dark days of sudden widowhood my mum’s friend Joyce came to stay to keep Mum company and walk with her through such a huge adjustment.

Joyce was a great blessing in many ways but a bit of disaster when it came to using the new fangled washer/dryer. She undertook to wash a load of mum’s ‘smalls’ amongst which was a brand new vest. The effect of the ‘tumble dry’ cycle was to render the vest into a stiff inflexible miniature version of itself. 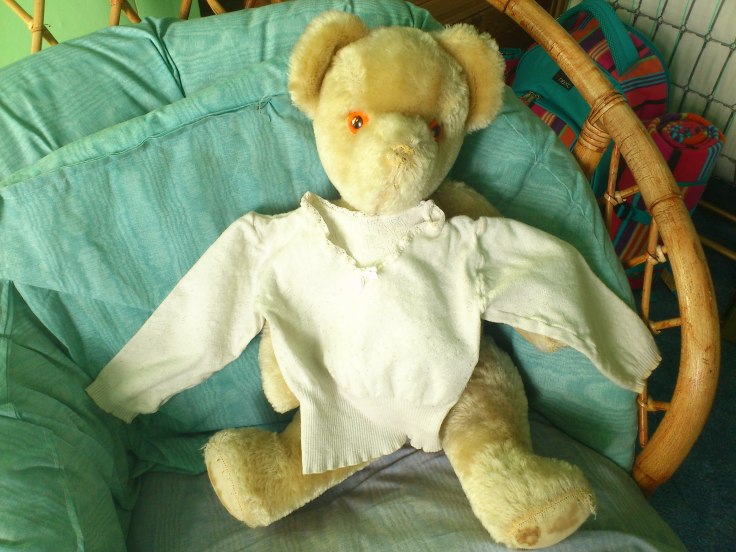 The real power of this memory is that Mum and Joyce, on seeing the vest disaster, laughed and laughed until their sides ached and tears ran down their faces.  And that is why the vest was never consigned to the bin.  It represents a joyful moment of hysterical glee and delight that stood out in sharp contrast to the shock and pain of such a dark time. It is a happy memory of a precious friendship.

I understand all that.

But what do I do with it now??

I am SO proud of Mum for having the courage to start clearing out all the clutter of years and years of memories. And looking after one tiny, inoffensive shrunken vest is not really a problem. I could give it house-room. The trouble is that ‘the vest’ is just the tip of the iceberg. There are ornaments, postcards, photos, tea-sets, and as many random objects as you’d care to name (the sunglasses that came free in the paper for watching the eclipse in 1999, a box of frankincense from a trip to Israel a decade before that and so on and so on).

I heard on the radio the other day a comment about the effect of possessions. Everything you own ties you down by a gossamer thread and each item draws energy away from you. I can believe it. I have an image of myself as a Gulliver being tied down by thousands of silver spidery threads, each one connected to an item I can’t bring myself to throw away. I admit there is plenty of my own ‘stuff’ in our loft and and in ‘special memory’ boxes above the wardrobe. Stuff I hardly ever look through but which clings to me, sticky with nostalgia.  This ‘stuff’ represents important moments in my life but I need to remember it is NOT my life.  The essence of me is not in these items, just like the essence of the memory is not in the vest!

It’s important to keep the memory but the item must eventually be given up. We brought nothing into this world and we will take nothing out. I am content to be a temporary keeper of memories for my mother: a safe and easier place to which she can hand them over. But fossilized vests and the like must not be allowed the status of ‘relic’.  Too many ‘relics’ and we find that we are living in a museum dedicated to the past.  To change the metaphor, I’d prefer my life to be a theatre: empty but full of possibility. A place where all of life can find space to be played out,  enjoyed  and where the scenery constantly changes as the story unfolds.

4 thoughts on “What to do with a memory?”