The story of a broken family, broken through several generations then formed and broken again, this book is heart-wrenching but brilliant. A debut novel for Taiye Selasi, it won the Granta best young British novelist 2013 prize, deservedly so.

It is the story of a Nigerian-Ghanaian family who are trying to make a new life in New York. The father in the family is a brilliant surgeon but when he is overtaken by injustice it is the things that he chooses not to say and not to do that cause the fracture. The lives of the four children in the family are followed and the indelible damage caused by their broken family and even by unknown generations before them is described in painful and accurate detail.

I’m aware that sounds very depressing but this is a story as much about hopes and dreams as it is about brokenness and despair. Eventually the silences, which have caused such distances between each family members are themselves broken and hope emerges.

The quality of the writing is deliciously dense, delightful and desperate images captured in short phrases. The characters are believable, nor is the plot far-fetched. Even the darkest stuff that happens to this family is the kind of “stuff” that can happen in any family that has been uprooted and dislocated.

I could hardly put this book down, admittedly the story unfolds slowly over the first 50 pages and you need to stick with it, the family tree and glossary of pronunciations were also essential. But when I turned the last page and said goodbye to this family I knew I would miss them and often wonder how life would go on for them. Brilliant! 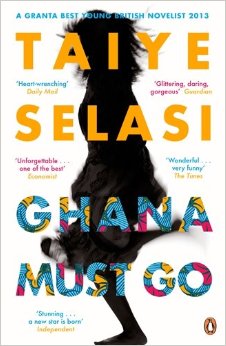